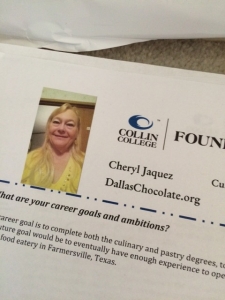 Ms. Jaquez is returning to college while continuing a successful career in the accounting industry. She was introduced to cake decorating through informal classes and is now putting the pieces together to be able to open up her own cake shop. Evening classes at Collin College and the opportunities there to find classes to fit your own schedule are enabling her to pursue her new dream while being employed full-time.

The goal of the Dallas Chocolate Festival put on by DallasChocolate.org is to educate the public about the artistry and enjoyment of fine chocolate. To further the next generation of chocolatiers, the organization introduced the scholarship program in 2012. Each year since that time a culinary arts scholarship has been awarded to a student with a record of academic success and an interest in chocolate. Previous winners have gained the skills needed to pursue a rewarding culinary career and will go on to open up their own stores in the future.

The funds for this scholarship come from the proceeds of the Dallas Chocolate Festival, now in its seventh year. The 2016 Festival will be held at the Addison Conference Centre on Saturday, September 10. A special “Movie Night” event will take place on Friday, September 9. The Dallas Chocolate Festival Workshops will take place at Perfect Temper Kitchen on September 11. Tickets for all three events are available at DallasChocolate.org. 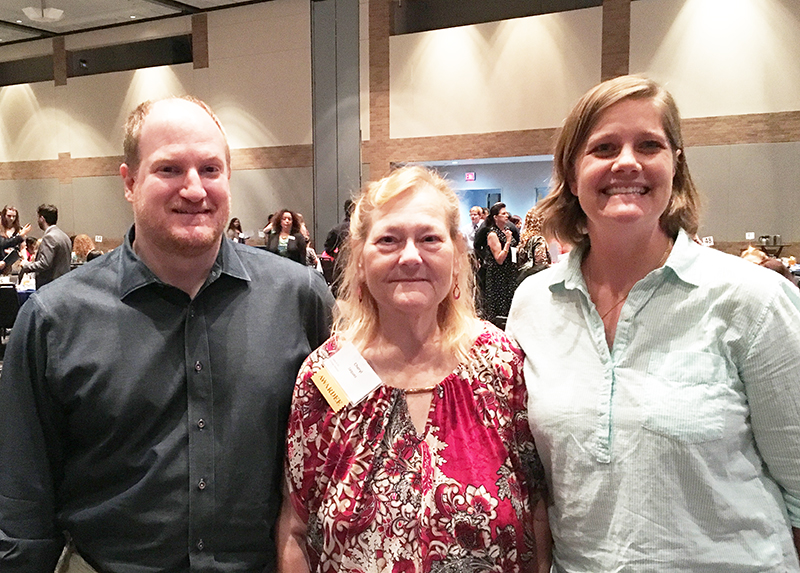 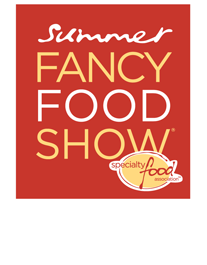 As we’re deep into the planning of this year’s Dallas Chocolate Conference & Festival we figured it was about time to update the website. With this new version of the DallasChocolate.org website we’ll be able to post more frequent updates about all the great chocolate we find in Dallas and you’ll be able to participate in discussions in a way that the old version wouldn’t allow.

So poke around, enjoy the new look, and let us know what you think!

Yep, it’s the most exciting time of the year for DallasChocolate.org — our annual Chocolate Conference & Festival!

We’re also proud to have two great chocolate makers confirmed: Colin Gasko of Rogue Chocolatier will fly in from Boston to present and sample his chocolate while Texas’ newest retailing chocolate maker, Scott Moore, Jr. of Tejas Chocolate can just drive up from Houston with a whole bunch of chocolate. These guys have really interesting stories to tell about their chocolate making styles and what drives their passion for micro-batch artisan chocolate.

To help improve the ticket ordering process this year we’ve moved ticket sales over to Eventbrite. (That’s where you’ll be when you click on the banner above.) We think they make it easier for you to purchase your tickets and they will definitely make it easier and quicker for us to check you in at the event. Let us know how it works for you and if there are any problems.

We also have a new VIP package available this year. The VIP package includes admission to the Conference & Festival and adds on a few really special extras. For starters, we’ll let you go home with any T-shirt we have on sale at the concession table. Then we’ll give you a special box of chocolates from Elegantly Chocolate and one from Toffee Treats. We’ll also treat you to a chocolate bar from American chocolate maker Guittard Chocolate Company. Plus, you get to show up to a special 9:00 AM preview session of the Chocolate Festival reserved just for VIPs and press. We think you’ll really enjoy it.

Stay tuned to this site and/or our Facebook page for the latest updates and we’ll see you on September 29th!